So you’ve decided on a custom magazine cover for your coworker, but you’re stuck on what to put on it -- what now? The gift you give to your professional colleagues should be personal, featuring their positives as both a friend inside and outside the workplace. To do so, there are a few things to take note of before creating a personalized gift for the ones you spend 40 (or more) hours per week with. 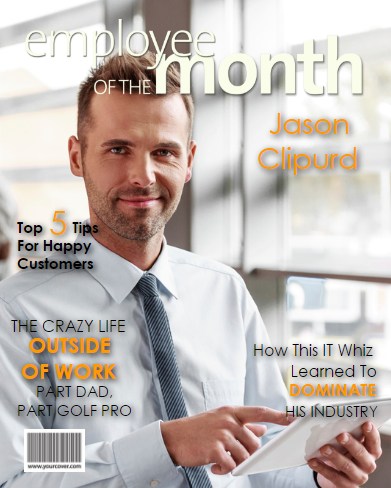 While there are a ton of different things to say, their photo is also going to be a key role in the creation process. If you’re creating a professional looking magazine cover, make sure the picture fits the bill -- the same goes for one that appears more casual. You’re sure to find just the right magazine cover template as there are over 80 choices for every holiday, interest and personality. To get started, head on over to the Cover Editor and begin creating your magazine cover. For examples of previously created magazines, make sure to like us on Facebook,  find us on Pinterest or browse our magazine cover templates!