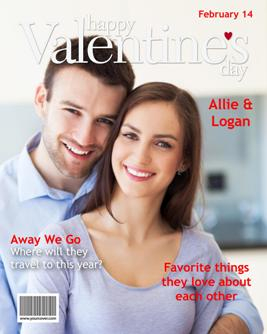 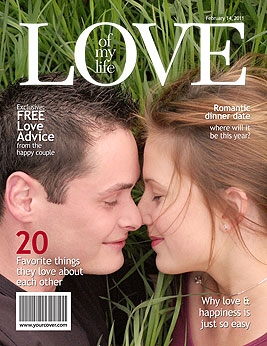 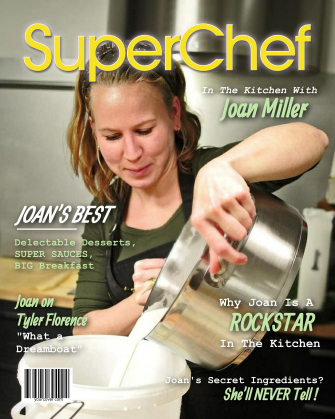 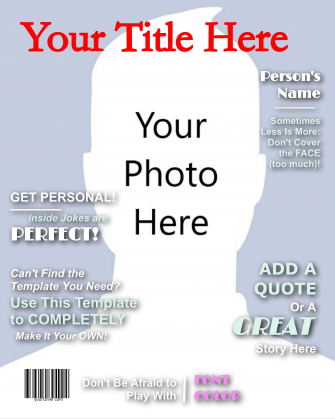 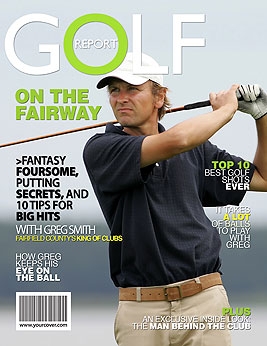 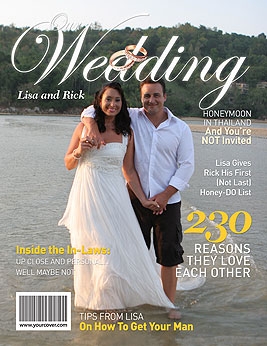 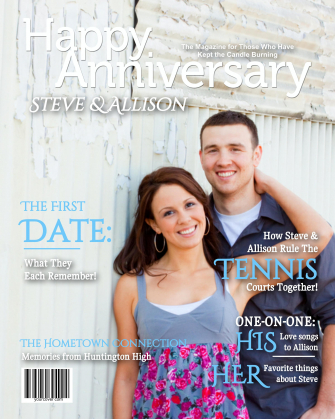 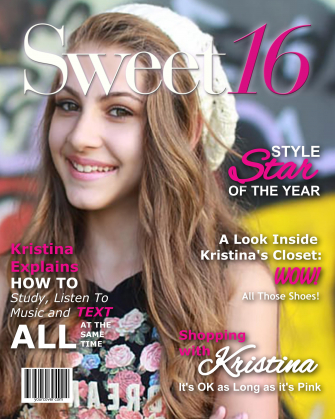 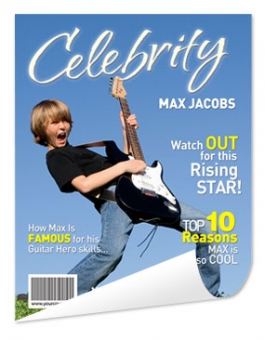 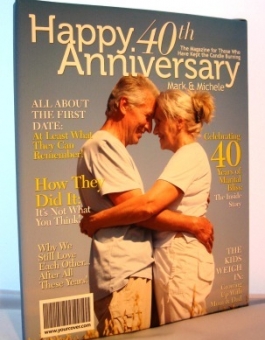 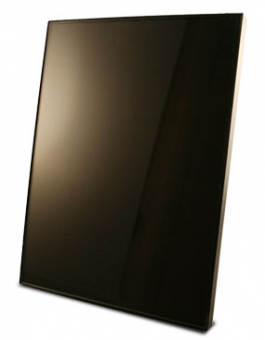 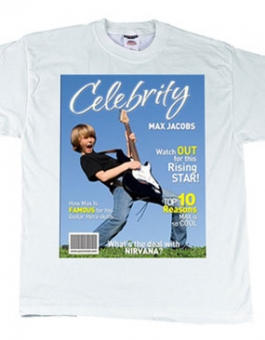 Great magazine covers immediately grab our attention with their high gloss shine, the seductive appeal of amazing large striking photography and creative usage of typography. All combined can pack a powerful punch.

Some covers are more noteworthy than others standing high above the competition and making us take yet another look at these creative, beautiful or just plain wacky images with text that mirror our world.

A glossy faked photo of Brad Pitt and Angelina Jolie on a beach together was the subject for Star's cover. Nowhere is it mentioned on the cover that the image was cobbled together. Pitt's pic came from a Caribbean beach, while Jolie's was snapped the previous year on a beach in Virginia. Star cops to the photo composite in small print on page 46.

The Dixie Chicks, American female country trio, criticized the Iraq war and President Bush at a London concert just ten days before the invasion. They were soon criticized themselves and came under massive boycotts from American audiences, losing more than half of them. The cover showed them in the nude but printed with both the positive and negative labels attributed to them.

Oprah Winfrey was the subject of this hoaxed photo. This picture was created by splicing the head of Winfrey onto the body of actress Ann-Margret, taken from a 1979 publicity shot. The composite was created without permission of Winfrey or Ann-Margret, and was detected by Ann-Margret's fashion designer, who recognised the dress. Oops!

The cover of this issue shows a series of test shots from a photo shoot taken of Marilyn Monroe days before her untimely death. Ralph Ginzburg was the first American publisher to go to jail over the content of a magazine. Eros was a gender-neutral magazine devoted to intelligent eroticism. Eros helped spark the sexual revolution of the 60's. Only 4 issues were published before Ginzburg was indicted in 1962 for “distributing obscene literature.”

Famed Heavy Weight champ of the world Muhammad Ali was convicted of violating the Selective Service Act and was barred from the ring and stripped of his title.

This cover is an homage to Saint Sebastian who is regarded as the Patron Saint of archers particularly, which is ironic because he was shot with arrows because of his religious beliefs. Ali is impaled with several arrows, and is dressed in his boxing trunks and boots against a white wall.

Art Spiegelman worked for the New Yorker for ten years and resigned a few months after the September 11th attacks. He created this post-September 11 cover for The New Yorker which received wide acclaim. At first it appears to be totally black, but upon close examination it reveals the silhouettes of the towers in a slightly darker shade of black. Inspired by Ad Reinhardt's black paintings, the cover expressed the emptiness that was left in place on that tragic day. Interesting side note Art Spiegelman was also the creator of the Garbage Pail Kids trading cards.

This timely photo of Beatles superstar John Lennon clutching Yoko Ono on a bed, was taken just hours before he was shot outside his apartment in New York. The image was taken by newly hired photographer Annie Leibowitz and almost didn't make it to the cover as the editors wanted a solitary Lennon, but Leibowitz convinced them otherwise. Some consider this photograph to be one of her best ever taken.

National Lampoon was a wild humor magazine that began in 1970 as an offshoot of the Harvard Lampoon and was created by alumni from Harvard. The cover of a worried looking dog peering at a revolver pointing at its face became a notorious image and example of some of the wacky humor displayed.

The White House was creatively converted into a huge tape recorder for this 1973 Newsweek cover entitled The Nixon Tapes. President Nixon had been secretly recording everything from phone conversations to office talks for over 2 years. He was proven to being involved in the Watergate Scandal cover-up after the release of the Smoking Gun tape. Nixon resigned in 1974 and was pardoned for all crimes by President Gerald Ford.

This provocative cover shot for Vanity Fair of the naked and very much pregnant Demi Moore was shot by Annie Leibovitz. The photo was taken after her success in the movie Ghost and positively impacted her career in Hollywood.

This tribute cover was printed after she was killed in a car crash in August 1997. Princess Diana was featured on the cover of People over 52 times. She married Prince Charles in 1981 and became one of the most famous women in the world. For this cover she is shown in a classic pose and elegant dress and crown. No text was needed for this cover as the powerful black and white photograph adds to its timelessness.

Colors was a shocking magazine that fearlessly expressed what it saw in the world whether it was beauty or injustice and challenged what a magazine could be. The fearless in-your-face photography could communicate to anybody. Tibor Kalman, designer/big thinker, was the man behind the magazine. Originally published from New York and in five bilingual editions.

The first spacewalk by an American was done by Edward H. White II and took 22 minutes. He said "It's the saddest day of my life.", after being told it was time for him to return by Mission Control.

Steve McCurry was on assignment for National Geographic in an Afghan refugee village when he took this striking image of a young Afghan girl with green eyes, a picture that the world will remember forever. Amazingly this image has become one of the most reproduced photos in the world. 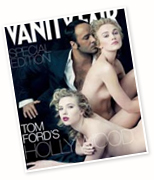 Tom Ford, American fashion designer and artistic director for the cover was photographed by Annie Leibovitz. Ford is the clothed Male posed awkwardly on the cover next to Scarlett Johansson and Keira Knightley.. Supposedly Rachel McAdams arrived at the shoot, discovered she was to pose in the nude, fired her agent and left. Maybe she had some foresight.